Today’s featured book is After Nightfall, by A.J. Banner, a gripping thriller about an engagement party gone fatally awry.

Beginning:  Lauren is flirting with my fiance over the dinner I spent hours preparing.  She gets this way when she’s had too much wine.  I’m not far behind her; I’m already into my second glass of merlot.  I’m not even sure why I’m drinking—I usually don’t.  But tonight, Nathan and I are planning to announce our engagement.  Our shared future shimmers on a single fragile thread—his daughter’s approval.  Anna is only nine years old and fiercely loyal to her mother.  He promised he’d broken the news to her earlier today, but she hasn’t said anything to me.

Friday 56:  He rubs his hands down his face, as if to erase his thoughts.  “Come on. I wouldn’t go that far.  I know what she did in college.  But now?  You think she was still like that?”

Synopsis:  Imagine your closest friend utterly betraying you. Years later, when she seeks forgiveness, you invite her to your engagement party as a gesture of reconciliation. But seething hostilities rise to the surface, ruining everyone’s evening. After an awful night, your friend’s battered, lifeless body is found at the bottom of a rocky cliff.

Newly engaged Marissa Parlette is living this nightmare. She should be celebrating her upcoming wedding, but she can’t shake the image of her friend lying dead on the beach. Did she fall? Was she pushed? Or did she take a purposeful step into darkness? Desperate for answers, Marissa digs deep into the events of the party. But what she remembers happening after nightfall now carries sinister implications: the ugly sniping, the clandestine meetings, the drunken flirtations. The more she investigates, the more she questions everything she thought she knew about her friends, the man she once trusted, and even herself.

Bestselling author A. J. Banner keeps readers on a razor-sharp edge in this intricately plotted novel of psychological suspense…in which nothing is as it seems.

What do you think?  Do the excerpts and blurb grab you?

22 thoughts on “BOOKISH FRIDAY: “AFTER NIGHTFALL”” 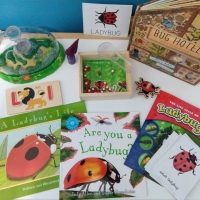