Today’s feature is a new book from a favorite author:  I’ll Be Seeing You, by Elizabeth Berg. 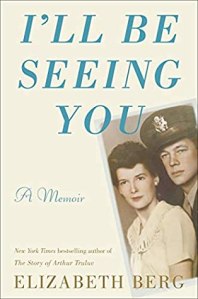 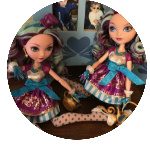 The failing of an aging parent is one of those old stories that feels abrasively new to the person experiencing it.  At eighty-nine years of age, my father has begun, in his own words, to “lose it.”  This is a man who was for so many years terrifying to me.  He was tall and fit, a lifer in the U.S. Army whose way of awakening me in the morning when I was in high school was to stand at the threshold of my bedroom and say, “Move out.”

Teaser:  This morning, I awakened wondering if my mother will be mad at me for doing this, and if my father will be confused by it.  I hope not. (p.73).

Synopsis:  Elizabeth Berg’s father was an Army veteran who was a tough man in every way but one: He showed a great deal of love and tenderness to his wife. Berg describes her parents’ marriage as a romance that lasted for nearly seventy years; she grew up watching her father kiss her mother upon leaving home, and kiss her again the instant he came back. His idea of when he should spend time away from her was never.

But then Berg’s father developed Alzheimer’s disease, and her parents were forced to leave the home they loved and move into a facility that could offer them help. It was time for the couple’s children to offer, to the best of their abilities, practical advice, emotional support, and direction—to, in effect, parent the people who had for so long parented them. It was a hard transition, mitigated at least by flashes of humor and joy. The mix of emotions on everyone’s part could make every day feel like walking through a minefield. Then came redemption.

I’ll Be Seeing You charts the passage from the anguish of loss to the understanding that even in the most fractious times, love can heal, transform, and lead to graceful—and grateful—acceptance.

12 thoughts on “TUESDAY EXCERPTS: “I’LL BE SEEING YOU””