On Day Four of BBAW, our topic is about forgotten treasures.  We’re to spotlight a book that we wish would get more attention.  To play, click the picture for the link.

As I strolled through my rooms, scanning my bookshelves, I kept thinking…no, that one isn’t quite right.  And then I came to the short stack on my old wicker trunk, the stack of books I’ve planned to reread because they were uniquely special.

The Golden Notebook, by Doris Lessing, is on that stack.  I recall reading that one during college. 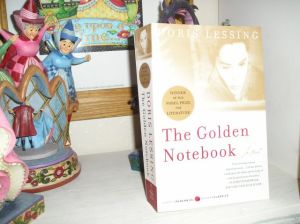 On Amazon, we find this blurb:

Much to its author’s chagrin, The Golden Notebook instantly became a staple of the feminist movement when it was published in 1962. Doris Lessing’s novel deconstructs the life of Anna Wulf, a sometime-Communist and a deeply leftist writer living in postwar London with her small daughter. Anna is battling writer’s block, and, it often seems, the damaging chaos of life itself. The elements that made the book remarkable when it first appeared–extremely candid sexual and psychological descriptions of its characters and a fractured, postmodern structure–are no longer shocking. Nevertheless, The Golden Notebook has retained a great deal of power, chiefly due to its often brutal honesty and the sheer variation and sweep of its prose.This largely autobiographical work comprises Anna’s four notebooks: “a black notebook which is to do with Anna Wulf the writer; a red notebook concerned with politics; a yellow notebook, in which I make stories out of my experience; and a blue notebook which tries to be a diary.” In a brilliant act of verisimilitude, Lessing alternates between these notebooks instead of presenting each one whole, also weaving in a novel called Free Women, which views Anna’s life from the omniscient narrator’s point of view. As the novel draws to a close, Anna, in the midst of a breakdown, abandons her dependence on compartmentalization and writes the single golden notebook of the title….

I do recall that I carried this one around with me, reading bits and pieces when I had the chance.  I mostly read it while I was going to consciousness-raising groups (an early 1970s feature of my life).

Today’s young women might not be able to relate to this one the way my generation could—we felt as though it was our mission in life to win personal freedom for all women—but I still think it’s an important part of our history and could lend insight into what made some of us tick…way back in the day.

My own journey is one I chronicled (fictionally) in the first novel I wrote, Miles to Go.

What treasures did you forget about, and then recall for today’s event?  Please stop by and share…. 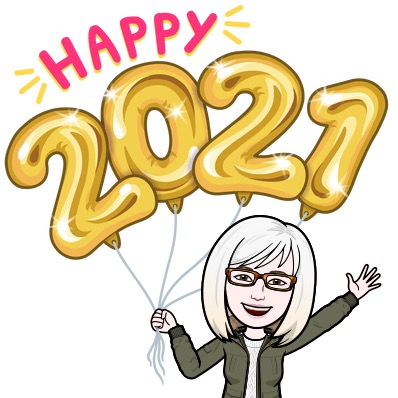